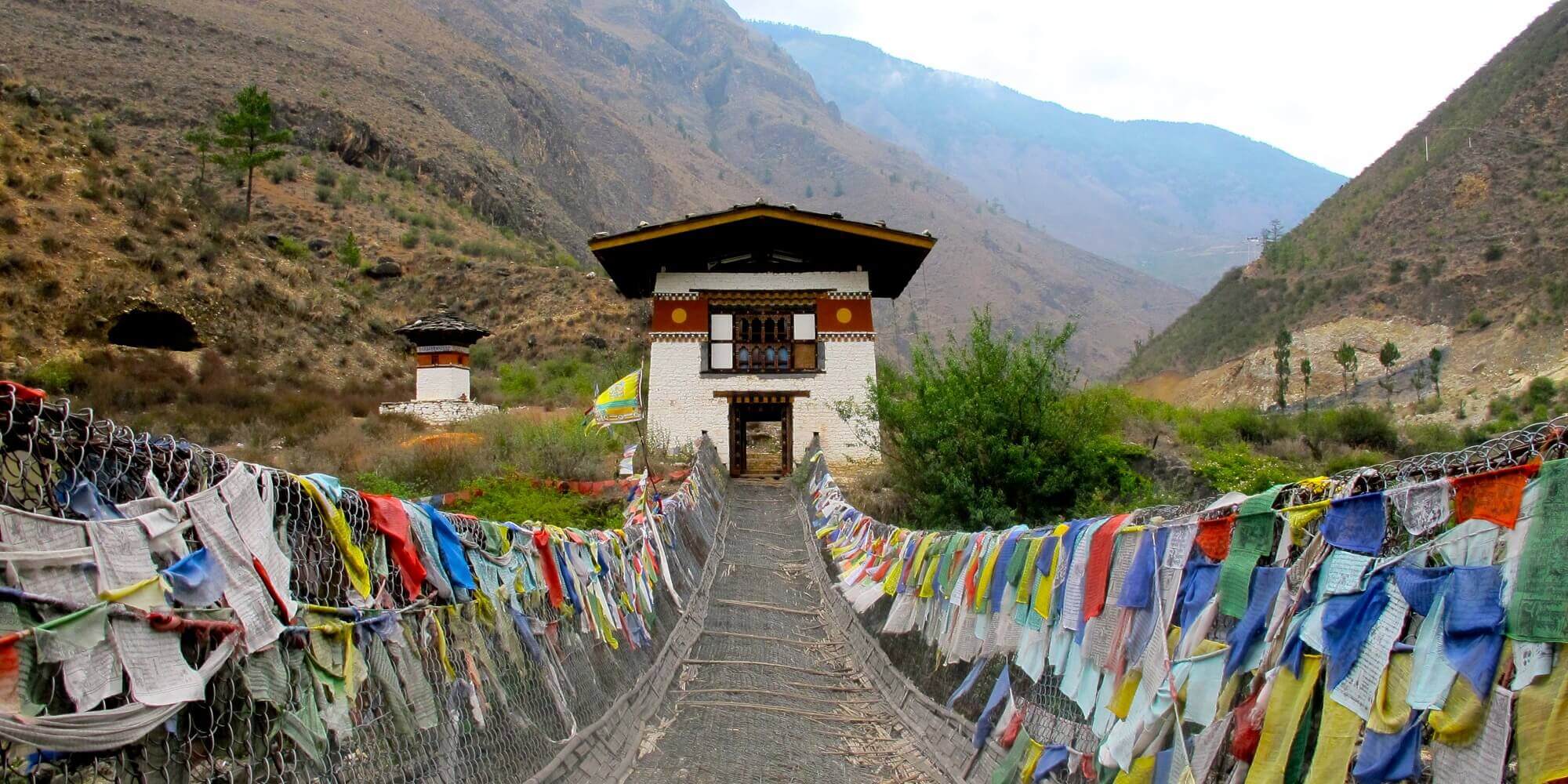 When you first arrive at Paro International Airport, you will be met by one of our delightful tour guides just outside the arrival hall. At 7,333 feet above sea level, the first thing you will likely notice is the effect of the high altitudes, so we will give you time to acclimate as we take a short drive to Thimphu and check into your hotel. Then visit to National Library, a treasure trove of priceless Buddhist manuscripts. Then visit, to Tashichhodzong, ‘fortress of the glorious dharma’. It is the centre of government and religion, site of King’s throne room, National assembly hall, and seat of Je Khenpo or Chief Abbot. Built in 1641 by the political and religious unifier of Bhutan, Shabdrung Ngawang Namgyal, it was reconstructed in 1961 in traditional Bhutanese manner, without nails or architectural plans. Also visit King’s Memorial Chorten continuously circumbulated by His Majesty’s subjects, spinning prayer wheels and murmuring mantras. Then, visit Handicrafts Emporium and local shops if you like to browse through example of Bhutan’s fine traditional arts.

After breakfast, travel to Punakha through Dochula Pass(3140m). At Dochula, you can enjoy the panoramic view of the Himalayan Mountain ranges . Then visit to Devine Maaman’s Monastery Chhimi Lhakhang , famously known for its fertility shrine, where one can receive a special fertility blessing . Then, visit Punakha Dzong , located on the island of the Pho-Chu(male river ) and Mochu (female river ). Later in the evening visit Sangchhen Dorji Lhendup Lhakhang Nunnery.

After breakfast, hike to Khamsum Yuelley Namgyal Lhakhang and enjoy beautiful view of Punakha and Wangdue Valleys from there . After Lunch travel to Phobjikha Valley through Wangdue. The valley is the part of the beautiful Jigme Singye Wangchuk National Park , one of the Bhutan’s most important nature sanctuaries . Each winter it is home to a folk of 300 rare and endangered black necked cranes . The surrounding hills and mountains are home to nomadic shepherds and Yak-herders. On arrival at Phobjikha check into your hotel and in the evening visit a farmhouse which gives you into the way of life of people of Phobjikha valley.

After breakfast in the hotel, Visit to Gangtey Monastery and take a short hike from Gangtey Monastery along the Gangtey Nature Trail enjoying spectacular view of the valley. Visit Black Necked crane centre and from there take a short walk through fields After Lunch travel to Thimphu through Nobding Village , Wangdue Phodrang and Dochula Pass. Dinner and overnight at Hotel in Thimphu.

After breakfast, our first stop will be at the National Folk Heritage Museum, dedicated to preserving Bhutanese folk arts. This renovated 19th-century building is laid out like a traditional, rural household with three stories of traditional arts Es, cultural relics, and artifacts. Demonstrations are performed throughout the day to show how the Bhutanese people have lived over the centuries.

At the Jungshi Handmade Paper Factory, you will see the ancient practice of natural papermaking. Using the bark of two local tree species (Daphne and Dhekap), craftsmen demonstrate how to make the traditional paper Deh-sho. You can even try making your own paper for a special souvenir. Handmade papers were used by monks for writing prayers and woodblock printing.

Weaving is considered the national art of Bhutan, so at The National Textile Museum, you will learn all about the brightly colored and beautifully designed fabrics that are worn by the Bhutanese people. Thanks in part to our Queen Jetsun Pema, the fabrics of Bhutan are widely considered high fashion around the world. Due to the Important of this living art form, the Royal Government of Bhutan works to preserve and promote these traditional weaving methods.

We then take a drive to Motithang Takin Preserve, home to one of the strangest looking creatures on earth. The takin is a gentle moose-like animal that is described as looking like is was stung by a bee. Originally a small zoo, the king decreed that it was not in alignment with Buddhist practices to pen up animals, and they were released into the wild. The takin; however, refused to leave and began wandering the city streets in search of food. The preserve was established, and Bhutan’s national animal is now taken care of by royal decree.

After Lunch travel to Paro and visit paro Rinpung Dzong (fortress), built in 1645 to defend the valley against Tibetan invaders . The dzong is now being used as an administration center and school for monks. From the dzong you will walk back down to Rimpung Bridge.

Then visit National Museum, housed in the Ta Dzong. Here is an intriguing collection of artefacts which provide you with a wonderful insight to the rich culture and heritage of the kingdom of Bhutan . In the evening walk the streets of Paro town.

It is one of the most famous of Bhutan’s monasteries, perched on the side of a cliff 900m above the Paro valley floor. It is said that Guru Rinpoche arrived here on the back of a tigress and meditated at this monastery and hence it is called ‘Tiger’s Nest’. This site has been recognized as a most sacred place and visited by Zhabdrung Ngawang Namgyal in 1646 and now visited by all Bhutanese at least once in their lifetime.

The hike to the monastery makes a splendid half¬day excursion. Sight Seeing in Paro Tiger’s Nest Temple While returning to the hotel, along with the way, visit the 7th century Kyichu Lhakhang, one of the 108 temples built in the Himalayas by Tibetan King, Songtsen Gampo. The building of this temple marks the introduction of Buddhism in Bhutan. Overnight at Paro

After early breakfast in the hotel, drive to the airport for flight to onward destination.